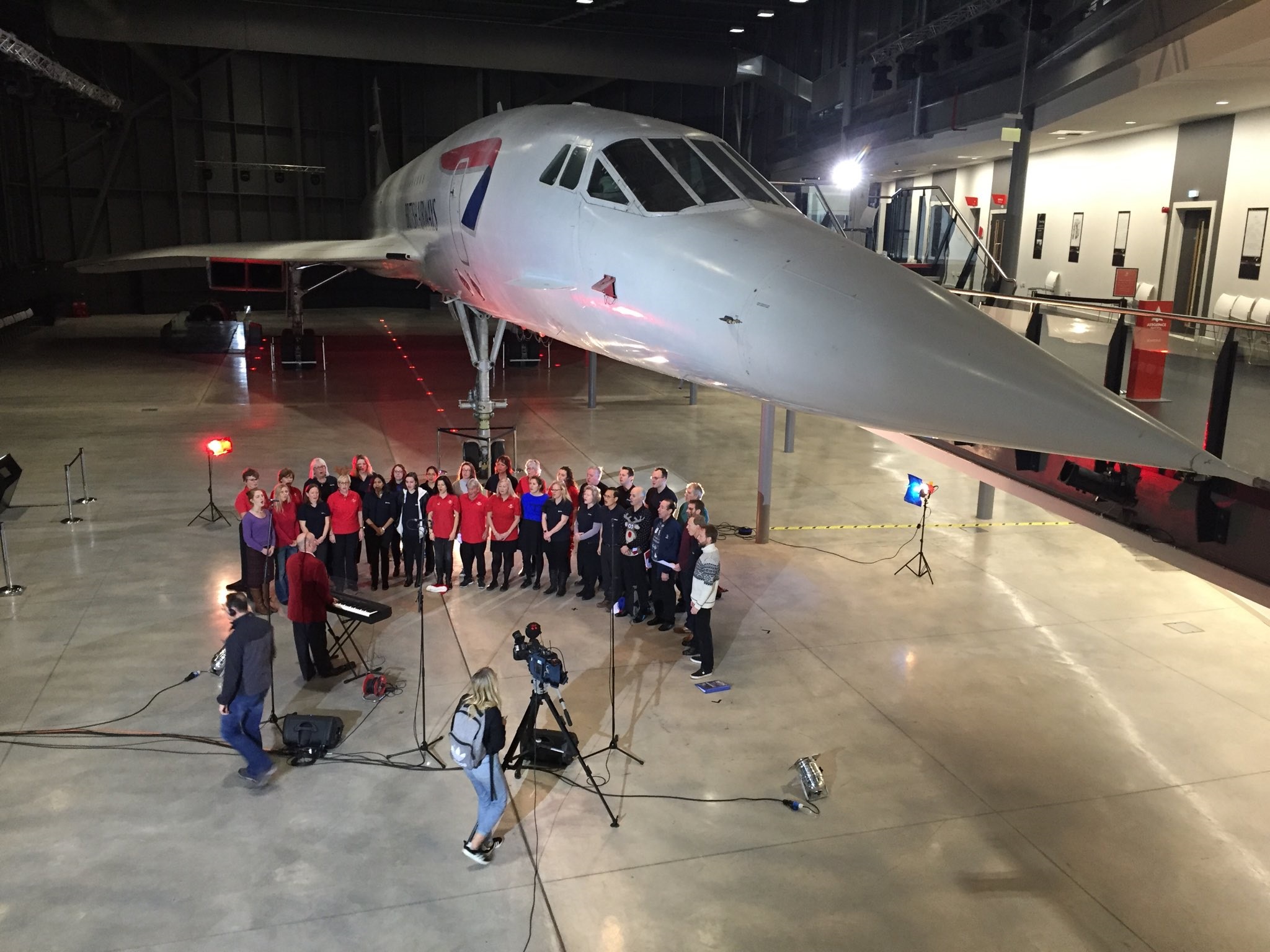 David was interviewed by the news website Quartz about the huge benefits of singing at work. As conductor of workplace choirs at Airbus, Arval, Royal Mail and Sawday’s, David is passionate about the benefits of singing as part of the working day, drawing on a long history of workers using songs to commune during the day, from plantation slaves, to fishermen, to coal miners.

Read what David has to say about singing at work in the article here: https://qz.com/work/1613520/brits-are-fighting-burnout-by-joining-workplace-choirs/

City of Bristol Choir returns to St Laurence’s Church in Ludlow to perform spectacular music for choir, piano, organ and percussion on the theme of singing, love, time and nature including music by Bob Chilcott, Jonathan Dove, Parry, Britten and Walton. More information is available from the City of Bristol Choir website 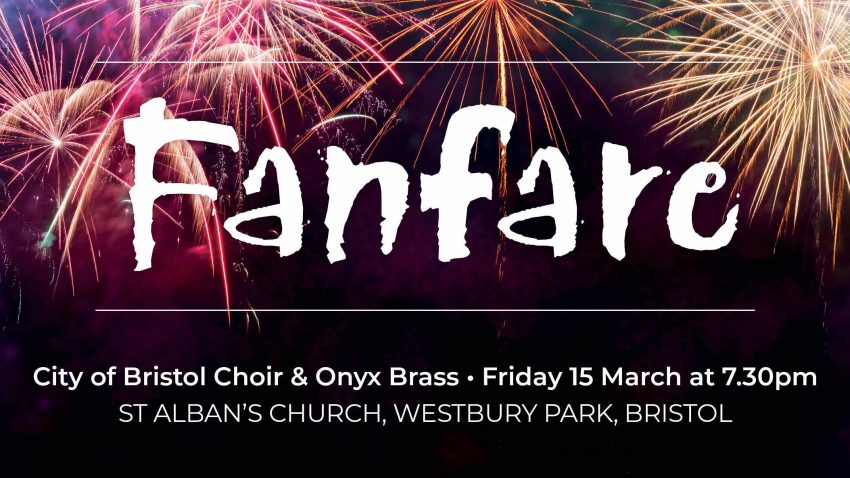 David conducts City of Bristol Choir and the top notch ensemble Onyx Brass in a thrilling programme of ceremonial and celebratory music including music by Handel, Naji Hakim, John Rutter, brass specialist Philip Wilby, Master of the Queen’s Music Judith Weir and a performance of that most iconic of royal anthems, Hubert Parry’s I was glad. Tickets £18 for adults, £5 for students/under 18s, from Opus 13 music shop 0117 923 0164 and online at www.cityofbristolchoir.org.uk.

Exultate Singers and the internationally renowned early music ensemble His Majestys Sagbutts and Cornetts  join forces for a celebration of baroque choral and instrumental music from the powerhouses of Europe including music by Gabrieli, Schutz, Zielenski, de Vivanco and Ximenez. Tickets £12 to £24 from St George’s box office on 0845 40 24 001 and online at www.stgeorgesbristol.co.uk 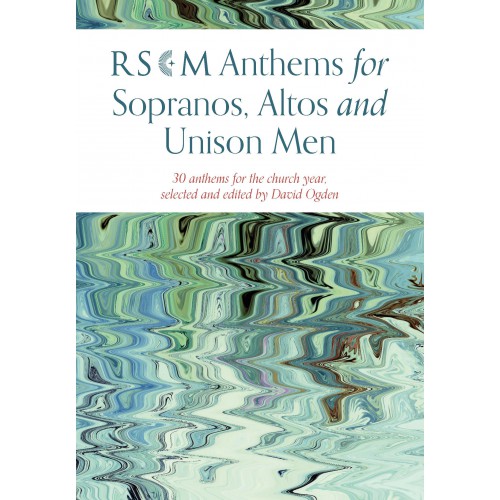 Great news! Over 1000 copies sold. Have you got your copy yet?
https://www.rscmshop.com/rscm-anthems-for-sopranos-altos-and-unison-men-b0445.html

Warm up a winter’s day with an early evening concert on the theme of love. Exultate Singers is delighted to be joined by the esteemed Alberni String Quartet to perform passionate music for choir and strings by British and American composers influenced by the sensual words, songs and sounds of other cultures. The programme includes three wedding anthems by David, as well as works by Eriks Ešenvalds, Eric Whitacre, Morten Lauridsen, Toby Young, Bob Chilcott, Gerald Finzi, With an early start at 6pm, there’s even time for dinner à deux afterwards, as the concert will be finished by 8pm. 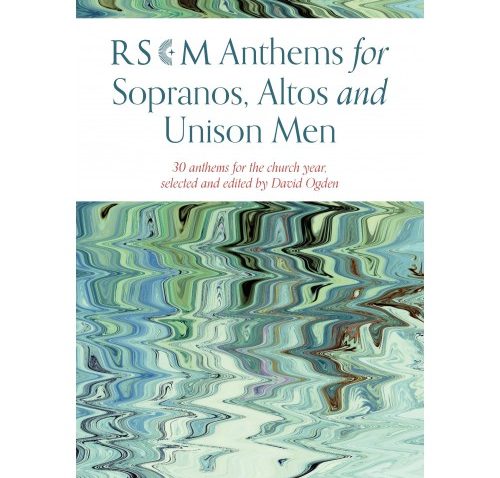 David’s new collection of anthems for sopranos, altos and unison men has been published by the RSCM. This book provides a comprehensive collection of 30 anthems by 23 composers, for church and school choirs. It includes specially commissioned anthems by established composers including Philip Moore, Richard Shephard and Philip Wilby, as well as works by such newer writers as Joanna Forbes L’Estrange, Owain Park, Ghislaine Reece Trapp, Amy Summers and Toby Young. There are also some new arrangements of classics such as Brother James’ Air and John Rutter’s A Gaelic Blessing. Popular RSCM composers Thomas Hewitt Jones, Piers Maxim, Sarah MacDonald, Peter Nardone and Geoff Weaver have also contributed new works.

Many of the pieces have been tried and tested by choirs in worship. They employ a wide range of interesting and inspiring texts that echo the themes of the Sunday readings, as well as familiar words that have been given a new lease of life by inventive and imaginative settings.

No choir will feel short-changed by these three-part settings. Each composer has set about creating something original rather than reducing existing material. Many of the pieces are flexible so they can comfortably be sung by smaller groups. The organ parts are straightforward and can be also be played on the piano. 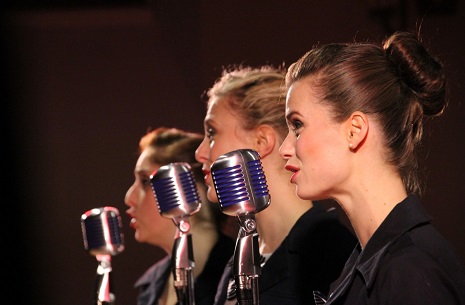 Join David, members of City of Bristol Choir, and fellow fans of musicals and films for an unashamedly indulgent day of singing blockbusting hits from stage and screen. Now in its eight successful year, the day culminates in a grand (but very informal) showcase performed by the day’s ‘cast’, accompanied by a live band. £14 for adults, £5 students/under 18s from St George’s box office

City of Bristol Choir and the 120 young voices of Bristol Youth Choir join forces to perform uplifting music for choir, percussion and piano including works by Britten, McDowall, Dove, and Copland. Tickets £15 (£5 students/under 18s) online at www.cityofbristolchoir.org.uk and from Opus 13 music shop on 0117 923 0164.